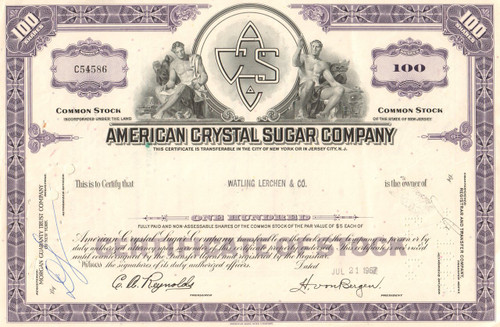 American Crystal Sugar Company is an agricultural cooperative specializing in the production of sugar and related agri-products. American Crystal is owned by nearly 2,800 shareholders who raise approximately one-third of the nation’s sugar beet acreage in the Red River valley of Minnesota and North Dakota. Additional acres are contracted in eastern Montana and western North Dakota. As the largest beet sugar producer in the United States, the company utilizes innovative farming practices, low-cost production methods, and sales and marketing leadership to produce and sell about 15 percent of America’s sugar.