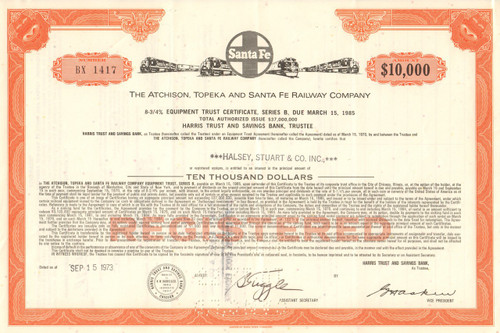 Uncommon modern bond from ATSF with a vignette of the company logo flanked by four diesel locomotives in Santa Fe design.  Late issue for $10,000 dated 1973.  Difficult piece to find.