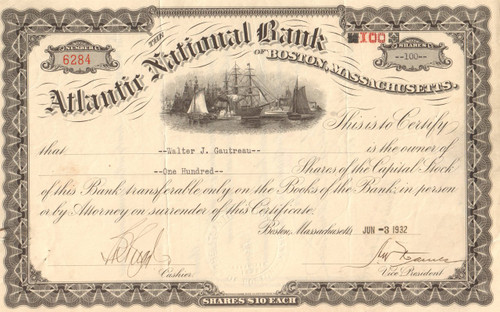 Awesome vignette of sailing and steam ships in the harbor. Issued and cancelled. Dated 1932.

This Boston national bank opened in 1864 and stopped printing money in 1932, which equals a 69 year printing period. The bank went under during the Depression due to financial hardship.