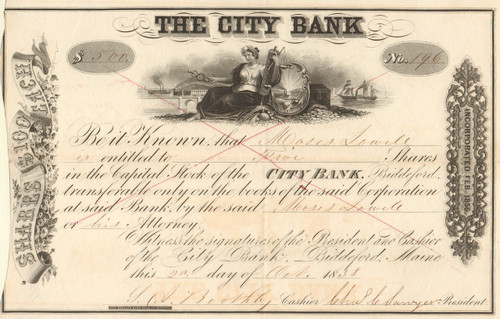 Very nice banking piece with a great vignette of a a classical female figure with the state seal of Maine, with ships and train in the background. Issued and cancelled. Dated 1858.

The City Bank was incorporated in 1856. In 1865 it became the First National Bank of Biddeford.  Biddeford is a city in York County, Maine, United States (just South of Portland, ME). It is the principal commercial center of York County. The population was 21,277 at the 2010 census.