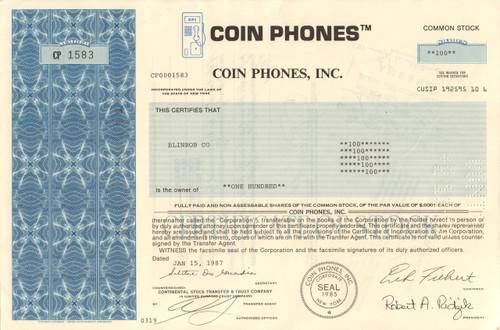 Incorporated in New York in 1985 (previously Nationwide Coin Phones) but dissolved by 1991. The company owned and leased pay phones but could not stay financially liquid.  As cell phones were developed, their business model was doomed.