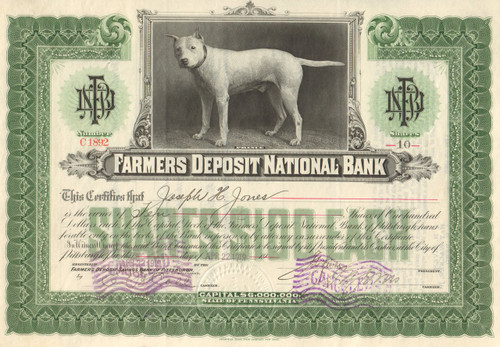 One of the most sought after collectible stock certificates.  This piece has the rare unblemished vignette of the company dog, Prince, a white Bull Terrier, who was owned by the bank president.  Issued and stamp cancelled.  Dated 1919.