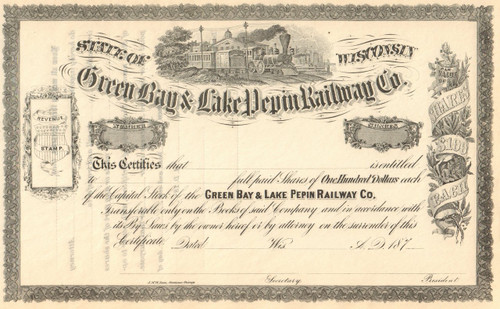 The Line had carried 50 000 passengers yearly in the 1870s, 310 000 in 1915 but only 1000 in 1947 having reverted to mixed trains. The Green Bay and Western sold off the Ahnapee and Western Railway to Vernon M. Bushman and a group of private investors on May 31, 1947. The Itel Corporation purchased the Green Bay & Western in 1978. The Green Bay & Western and the Fox River Valley Railroad were merged into a new Wisconsin Central subsidiary, the Fox Valley and Western Railroad August 27, 1993. Wisconsin Central was, in turn, purchased by Canadian National railway in 2001.