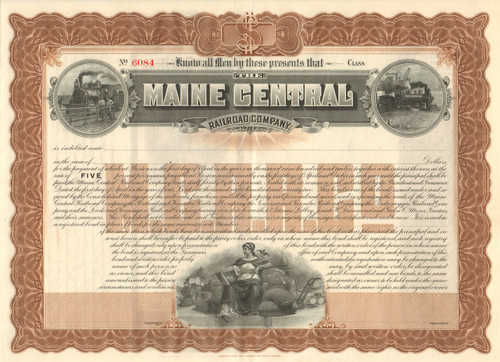 Awesome rail collectible.  Great multiple vignettes - trains at the top left and right, classical female figure seated on cargo at the docks with steam train in the background. Fold down the center from storage. Measures 9.5" by 13". Unissued and not cancelled. Dated 1912 in the text.