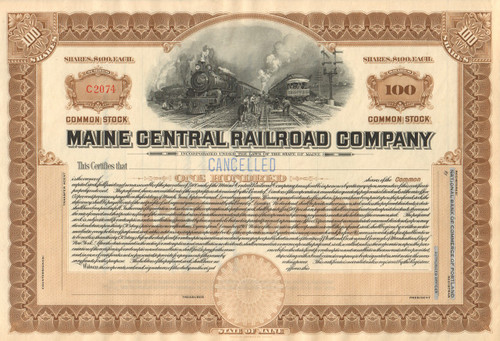 Nice railway collectible.  Great vignette of multiple trains and rail employees working on track. Crisp and no folds. Measures 9.5" by 13.5". Unissued and not cancelled. Circa 1920's from issued examples.