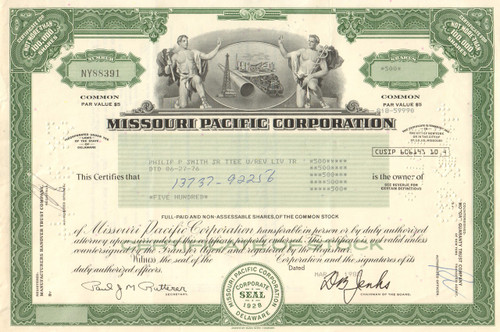 Very nice rail stock from the famous MoPac with a great vignette of two classical male figures flanking a scene of a train, a pipeline, oil wells, and a city scene. Issued and cancelled. Dated on the 1980's.