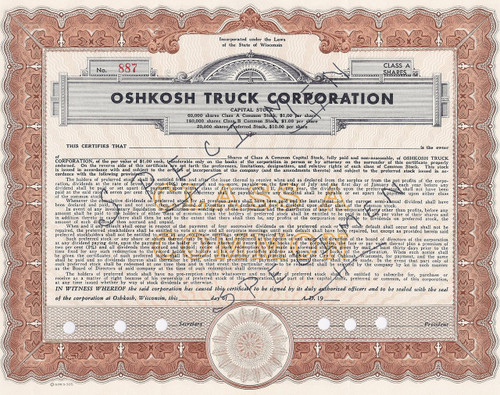 Unusual find of this unissued cert with handwritten "Specimen" written on the face.  Plain with ornately engraved brown border. We have not seen this piece elsewhere.

Oshkosh Corporation, formerly Oshkosh Truck, is an American industrial company that designs and builds specialty trucks, military vehicles, truck bodies and access equipment. Based in Oshkosh, Wisconsin, the company employs 12,300 people around the world. It is organized in four primary business groups: access equipment, defense, fire and emergency, and commercial.