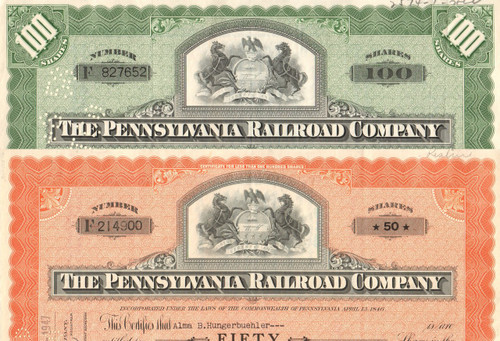 Great name collectible Pennsylvania RR cert with the state seal of Pennsylvania. this listing set of 2 colors.  This pair makes a stunning presentation at an affordable price.  Single pieces of these certs are available in the Railroad category.