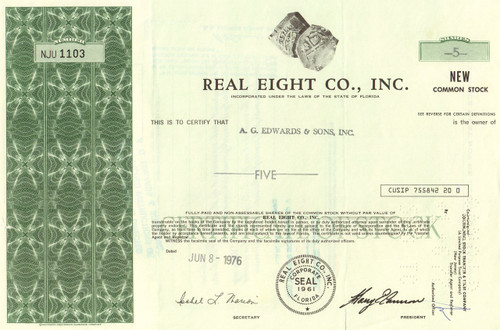 After a hurricane in the late 1950s, Kip Wagner found a piece of eight on the beach near Sebastian Inlet. He had wandered the beaches before and knew, like many local people, that storms sometimes were known to cast up similar coins onto the sand. The sunken treasure fleet out there was not unknown to Mr. Wagner. This time, however, he decided to pursue leads, like a 1774 chart of Florida with annotations of the sunken fleet opposite the Inlet. He discovered that the treasure came from the 1715 Spanish Treasure Fleet.

Later, for $15.00, Wagner said, he bought a surplus metal detector. With this detector he sought and located the encampment area of the Spaniards and uncovered cannon balls, swords, and various artifacts. Examples of what he found can be viewed today in a museum owned and operated by the state of Florida on the very site of the Spaniards' encampment.  During a violent hurricane, 11 of 12 Spanish Galleons and one French ship sank between Sebastian and Fort Pierce. Some 1,500 survivors struggled to shore and set up camp while awaiting rescue. This site, now known as the Survivors’ and Salvagers’ Camp, is in the Sebastian Inlet.

Ultimately Mr. Wagner rented an airplane to look for dark spots in the ocean that might be the remnants of a ship, and he found them. The next step was to buy a surplus navy launch and form a team of congenial divers and associates, at first bound only by a gentlemen's agreement and backed only by a salvage permit from the state of Florida. All of this took place over a period of years before it evolved into the Real Eight Company, the origin of whose name is obvious. The company salvaged the wreck of El Capitana from the 1715 Fleet.

The salvage coins were all cobs, most of them minted between 1711 and 1715 in Mexico City, although all the other colonial mints and numerous earlier dates were represented too, some of the dates extending well back into the 1600s.