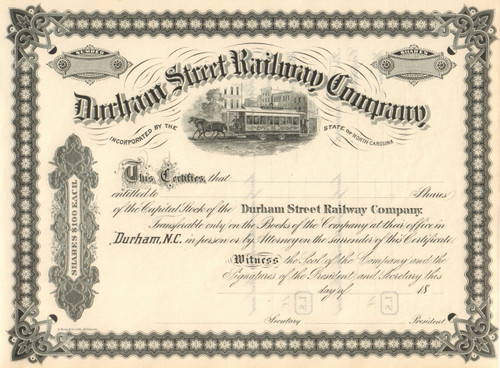 Nice early trolley piece. Great vignette of a horse drawn trolley on city streets.  Unissued and not cancelled. Dated 18__, circa 1891 from company records.

The Durham Street Railway Company, opened in 1887, ran from West Main Street (near the present-day east campus of Duke University) to downtown. In 1902, the company was purchased by the Durham Traction Company, which was part of the Cities Service Company. Streetcar use was discontinued in 1930, with a conversion to buses. In 1943, the Duke Power Company took control of the company.