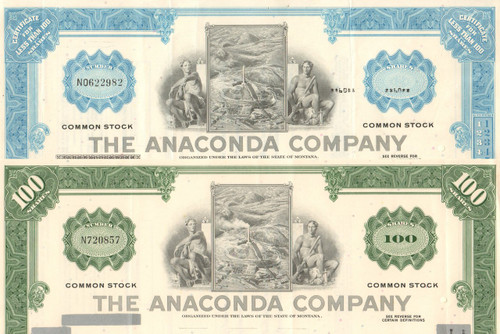 Set of two colors -green and blue. The vignette has two Greek male figures flanking a surface mine scene.   Pieces are issued and cancelled, dated in the 1970's. Single pieces are available in the Mining category.