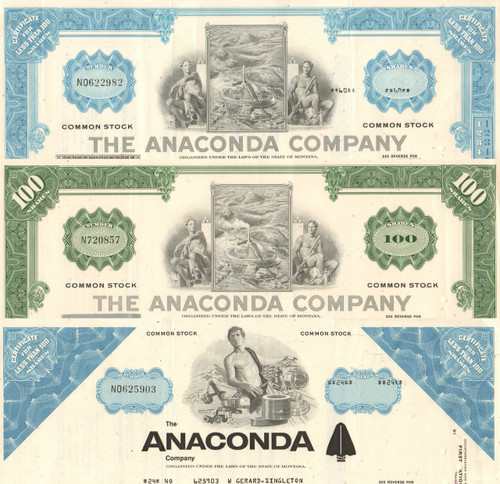 Get all 3 types of certificates - both colors of version 1 along with the version 2 cert. Great vignettes on the two varieties of stock certs.  The first variety comes in green or blue with vignette of two Greek male figures flanking a surface mine scene.  The second version comes in blue with a vignette of a toga wearing man surrounded by mining scenes and equipment. Pieces are issued and cancelled, dated in the 1970's.  Single pieces are available in the Mining category.