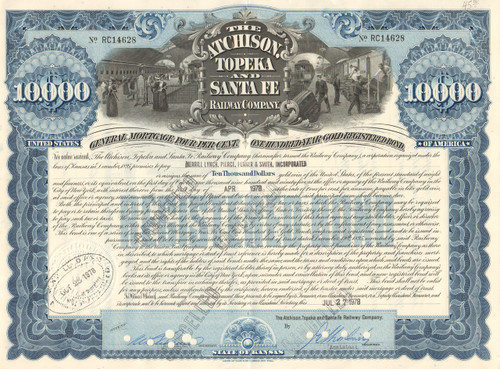 Stunning bond from ATSF with a large vignette featuring the company name with freight and passenger train scenes to the side.  Late issue for $10,000 dated 1978.  Very difficult piece to find.