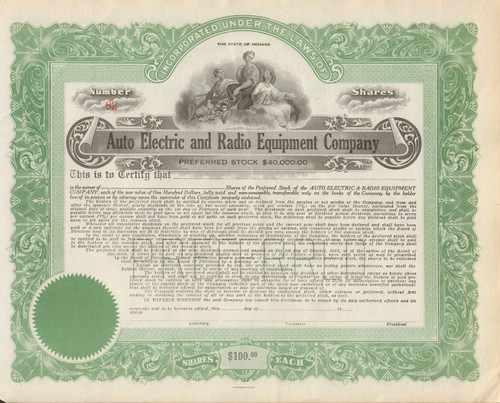 Company was incorporated in Indiana with operations in Fort Wayne.  It provided early auto service and accessories. The company installed and serviced vehicles from 1925 (the earliest car add-on car radios appeared in the early 1920's) but went out of business as automakers introduced car radios as equipment in the early 1930's as equipment became less bulky.