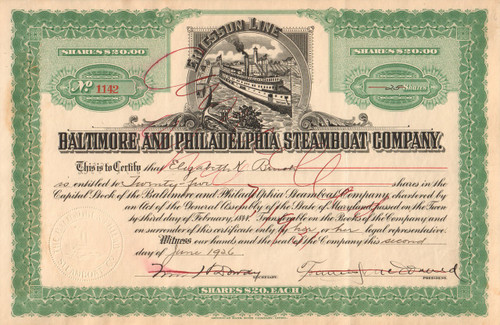 Operating through the canal, the Ericsson Line provided passenger and freight service between Philadelphia and Baltimore, with stops in Cecil County. Its steamers included the Ericsson, A. Groves, Jr. Penn and Lord Baltimore, the Federal Register reported. The line, formally incorporated as the Philadelphia and Baltimore Steamboat Company, had started operating decades before the Civil War as a freight service. The company eventually added passenger boats in 1838. Cecil County stops included Reybold’s Wharf, Town Point and Chesapeake City, according to an advertisement published in the Maryland Directory in 1882.