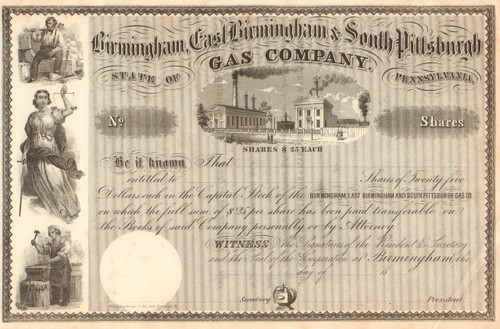 Beautiful collectible stock certificate with multiple vignette - factory scenes as the central engraving, with triple vignette on the left side to include Lady Justice, a blacksmith, and a man holding an axe.  Unissued and not cancelled. Circa 1856 from issued examples. Dated 18__ on the certificate. Rare clean piece from this company.