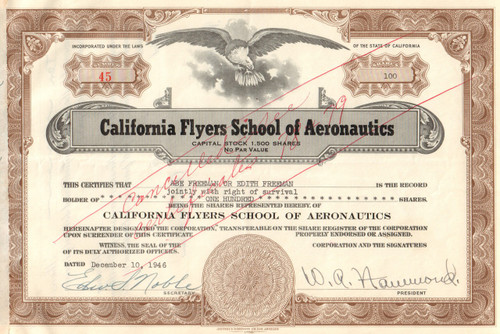 Incorporated 1930,the company trained aviation mechanics.  During World War 2, the company was closed due to the war effort and the government-run training programs. It was reopened after the war as government facilities closed and civilian aviation was expanding. They advertised extensively in the late 1940's Flying Magazine.