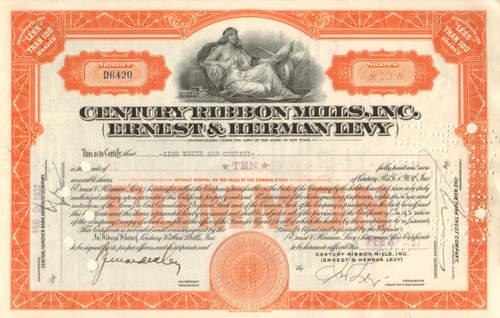 Ernest Levy was born in Germany in 1853, and at the age of 24 emigrated to the United States with his brother Hermann. In 1878, Ernest Levy had a bolt of ribbon sold to him (maybe mistakenly). After selling the ribbon at a profit, Ernest and Hermann decided that the future lay in ribbons and established the Ernest & Hermann Levy company. The Levy brothers built their business slowly but well, and by 1922 the company had evolved to become the Century Ribbon Mills, Inc