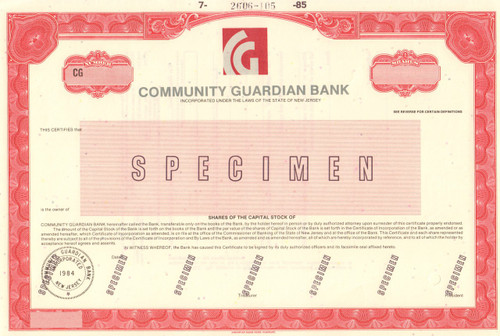 Graphic vignette feature the color company initials logo (CG).  Nice specimen (sample) cert.  Two samples are available - one stamped SPECIMEN and the other blank with SPECIMEN perforation at the bottom.

The company was started in 1984 as a small local bank in Elmwood Park, New Jersey.  The bank failed and was merged with financial  assistance into Interchange Bank in 1991