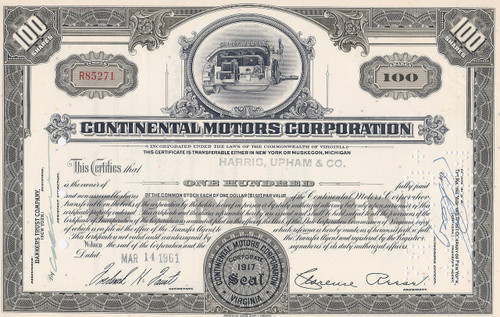 Continental Motors, Inc. is an aircraft engine manufacturer located at the Brookley Aeroplex in Mobile, Alabama, United States. Originally spun off from Continental Motors Company in 1929 and owned by Teledyne Technologies until December 2010. The company is now part of AVIC International, which is owned by the government of the People's Republic of China.

Although Continental is most well known for its engines for light aircraft, it was also contracted to produce the air-cooled V-12 AV-1790-5B gasoline engine for the U.S. Army's M47 Patton tank and the diesel AVDS-1790-2A and its derivatives for the M48, M60 Patton and Merkava main battle tanks. The company also produced engines for various independent manufacturers of automobiles, tractors, and stationary equipment (pumps, generators and machinery drives) from the 1920s to the 1960s.