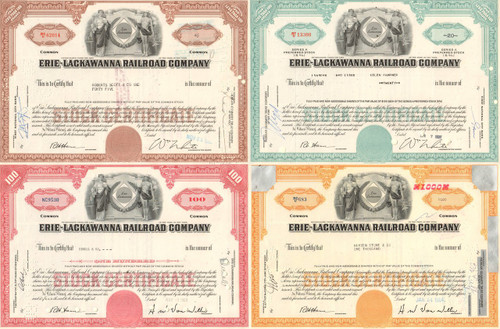 This listing is for the set of 4 colors. Very nice vignette on this affordable piece - Two Greek God figures flank the company name logo.  Great affordable gift for train fans and model railroad enthusiasts. Dated 1960's. Individual pieces from this set are available in the railroad category.