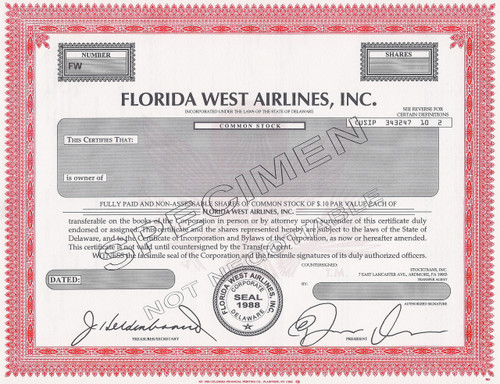 Florida West Airlines was established in 1981 and later re-incorporated in Delaware in 1988. Following entry into Chapter 11 bankruptcy in October 1994, its assets and subsidiaries, were sold to Florida West International Airways in August 1995. Operations restarted on March 12, 1996 as a cargo carrier.