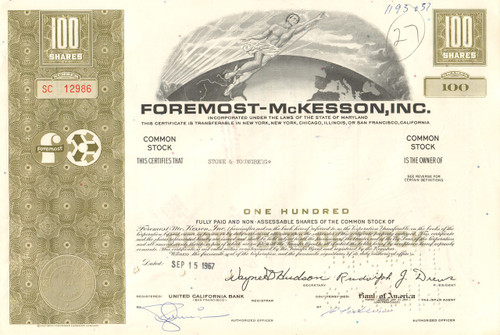 Awesome large vignette of Mercury flying above the earth. Issued and cancelled. Dated 1967