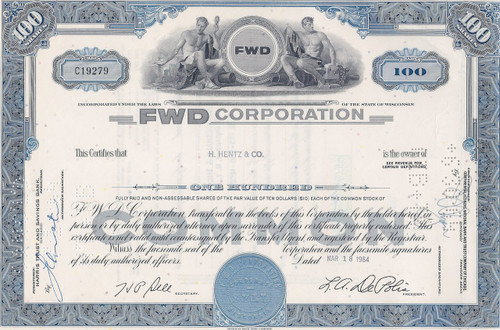 Cool stock cert from the historic FWD company.  This issue is after their name change in 1958.  Vignette is slightly different tfont than previous issuance under the Four Wheel Drive Auto name. Issued and canelled piece from 1964.