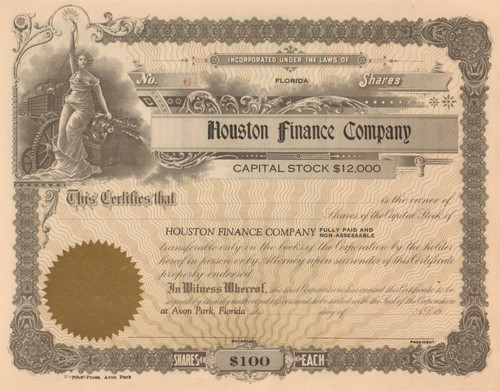 Nice piece of financial history.  Very nice vignette of an allegorical Greek female figure presenting the growing 20th century industry and manufacturing that crashed at the end of the '20s. Incorporated in Avon Park, Florida.

This wonderful stock represents one of the victims of the Crash of October 1929. Dated examples of this piece show the company first issued shares in April 1929. However, it had to shut its doors in October when it could not find the financial backing for its loans. Unissued examples only.