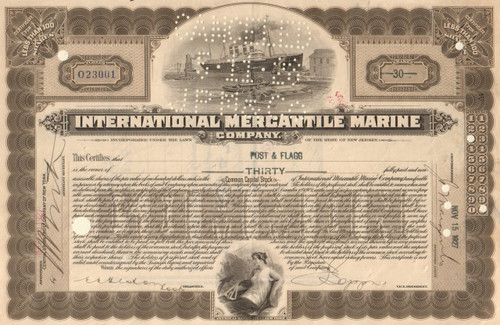 This IMM piece has the perfect vignette of an ocean liner (Olympic, sister ship to the Titanic ~ virtually identical) but also with the added bottom vignette at the bottom of a classical female figure reclining with ship in the background (not Kate Winslet).  Issued and cancelled. Pinholes or hole punches through the vignette. Dated 1920's.