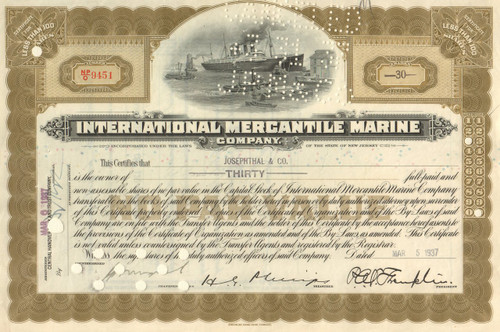 Great Titanic collectible. This IMM piece has the perfect vignette of a luxury liner (Olympic, sister ship to the Titanic which were virtually identical) Issued and cancelled. Pinholes through the vignette. Dated 1930's.