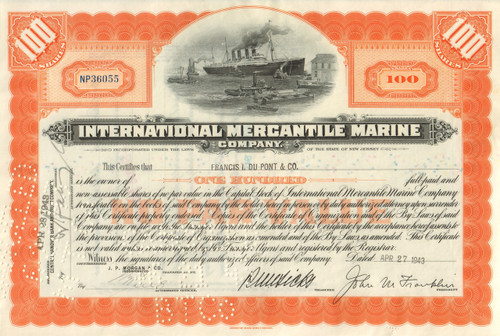 Uncommon Titanic collectible. This IMM piece has the perfect vignette of a luxury liner (Olympic, sister ship to the Titanic) Issued and cancelled. Pinholes through the signatue and not through the vignette (rare version). Dated 1930's and 1940's.