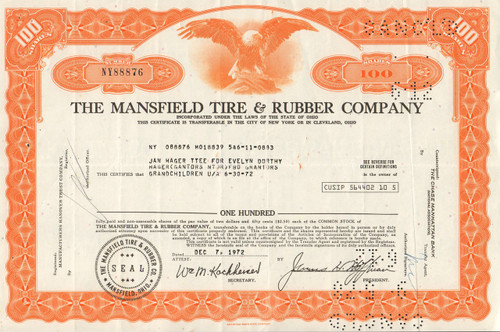 Company ran operations  in Mansfield, OH. It was incorporated in 1952 but went out of business in 1979.  Mansfield Tire & Rubber Co. called it quits after years of struggle, and an on-again, off-again merger of Firestone and Borg Warner was called off, this time permanently. Uniroyal began a restructuring, and Firestone had a momentous hiring. Final bankruptcy in 1985 as overseas manufacturers competition was too much.  The company served the auto industry in Toledo and Detroit.  It was a major employer for Mansfield but laid off over 1700 employees during the shut down process.