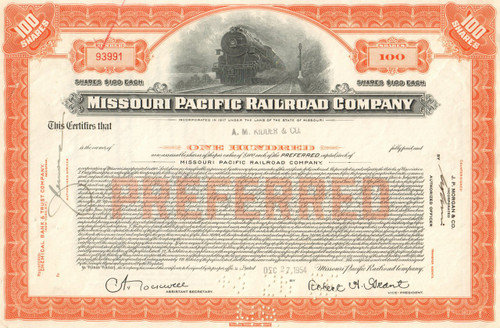 Nice MoPac stock with a great vignette of a modern steam locomotive. Issued and cancelled. Dated 1954.