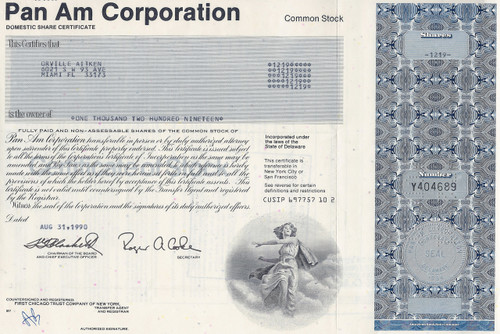 Great Pan Am airways collectible cert that is affordable, fun, and beautiful.  This is most recent piece, right before the bankruptcy. Nice female figure among the clouds for a vignette at the bottom. Dated late 1980's.