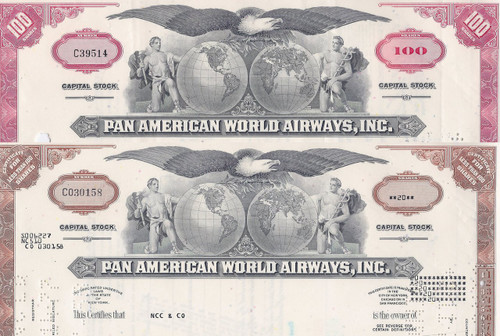 Great collectible cert that is affordable, fun, and beautiful.  Although common, it is one of our favorite pieces because of the price and history.   Stunning vignette of two Greek male figures flanking two hemispheres of the Earth with a large eagle spreading its wings over the scene. Dated from the late 1960's and into the 1970's after Juan Trippe was president.

Please check out our other listing for certificates with Trippe as president or CEO ~ same price as these but not as many color variations.