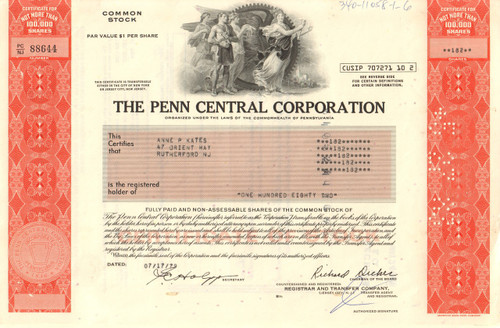 Affordable railroad piece with a nice vignette of multiple Greek figures followig an angel in front of scenes of a large gear represnting industry.  Issued and cancelled. Dated in the 1970's and 1980's.