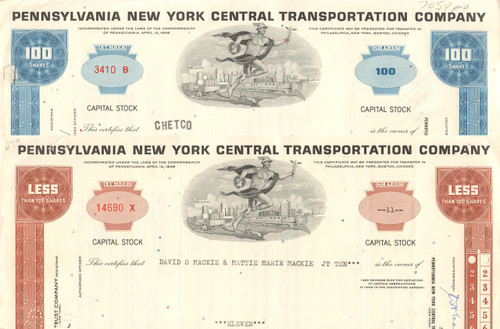 Affordable railroad piece with a neat vignette of Mercury in front of scenes of various modes of transportation against a city skyline.  Dated right after the famous merger. Issued and cancelled. Dated in the 1960's. This listing os for the set of 2 colors. Individual pieces are available in the Railroad section.