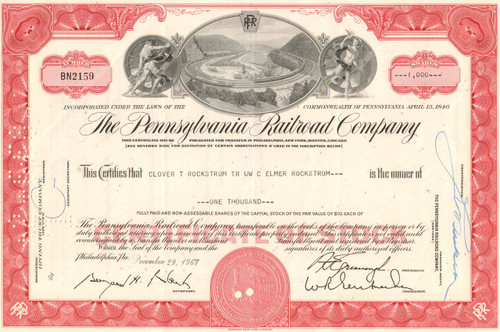 Rare red Penn RR cert with the famous horseshoe curve vignette (opened 1854,engineered by J. Edgar Thompson. Located at Kittaning Point, at the base of the Allegheny Mountains.)  This  classic piece is a rare color of the common collectible certificate.  This cert makes a stunning gift at an affordable price.