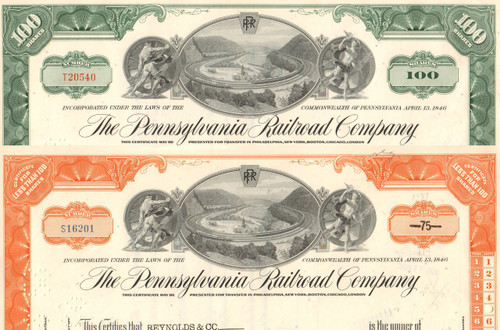 Common but collectible Pennsylvania RR cert with the famous horseshoe curve vignette (opened 1854,engineered by J. Edgar Thompson. Located at Kittaning Point, at the base of the Allegheny Mountains.)  This is a great starter set for any new collection.  This listing is for the set of 2 colors - green, orange.  This cert makes a stunning gift at an affordable price. Individual pieces are available in the Railroad section.