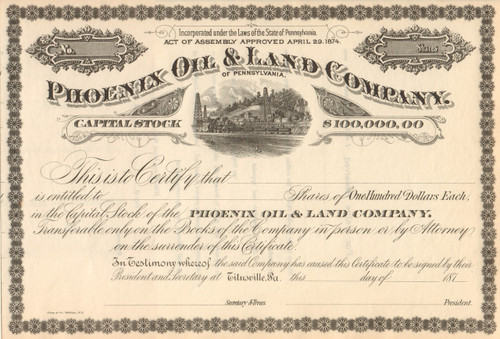 Incorporated 1874 in Titusville PA, the company was part of the Crawford County area oil boom for land speculation and oil drilling.  The company was formed for drilling, manufacturing, refining, and transportation  of their own products to market. The company operated independently up until the early 1900's (circa 1916) but was dissolved by 1920 when other regions of oil production were more profitable.