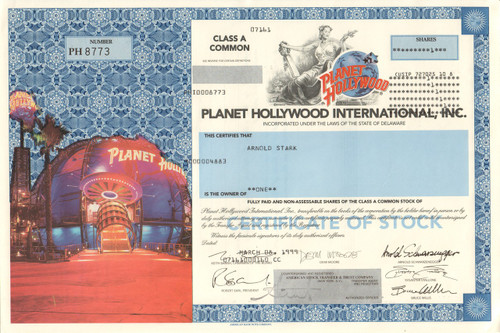 Fantastic and desirable collectible with full color certificate including a top vignette of the company logo with classical female figure and a side vignette of a company restraurant in the left border.  Printed signatures of Arnold Schwarzenegger, Demi Moore, Sylvester Stallone, and Bruce Willis.  Issued and not cancelled. Dated 1999.