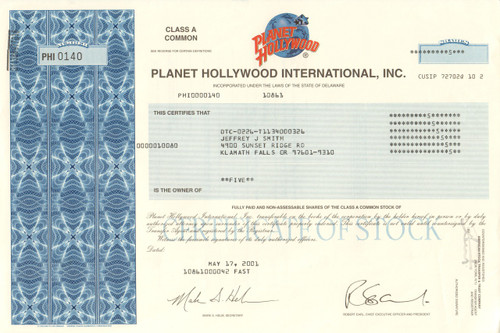 Nice collectible with the company's simplified logo in color (upgraded from the previous year where it was black and white).  Issued and not cancelled. Dated 2001.