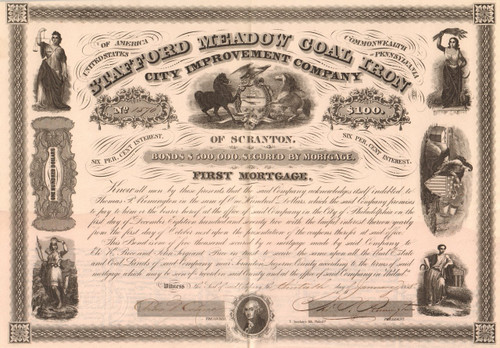 Incorporated December 1857, the company owned about 500 acres for coal mining, including the western portion of the city of Scranton Pennsylvania. The company was eventually absorbed by the bigger mining enterprises (Lackawanna Coal and Iron Company) in the area while some lands were given to the city.

The coal and iron companies historically had substantial operations in the watershed of the Stafford Meadow Brook stream. The company was closely linked to the stream's watershed during its development in the 1840s. In the 1880s, they constructed several iron ore quarries along the stream. In the early 1900s, the main industries in the watershed of Stafford Meadow Brook included agriculture and coal mining. The stream became a major water supply by the early 1900s, when it was used as such by the Scranton Gas and Water Company.