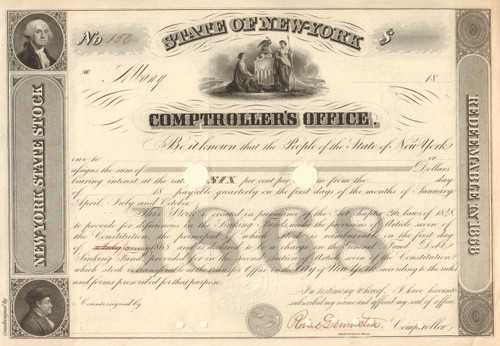 Uncommon early New York issuance that was likely an investment like a bond since there is no share reference.