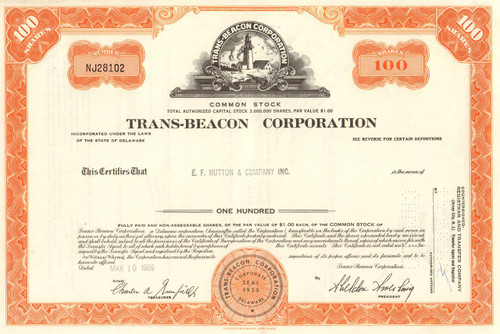 In 1955, Howard Hughes sells  RKO Pictures. The first order of business the new owners does is sell their library of films to television. This was the first major 16 mm feature film package for television. Buyers broadcast the package under a format called Movie Time USA .

The major sponsor was C & C Cola, so C & C Film Corp. a division of Cantrell and Cochrane was formed. The films were provided free of charge or for a nominal fee in return for free advertising time. The point was to sell soda. C & C removed all traces of RKO from the prints. C & C was reborn in 1958 as Television Industries, Inc. In 1966, the company changed names again to Trans-Beacon Corp.

The company finally went bankrupt in 1971. The library of RKO films was auctioned off, and United Artists became the owners.