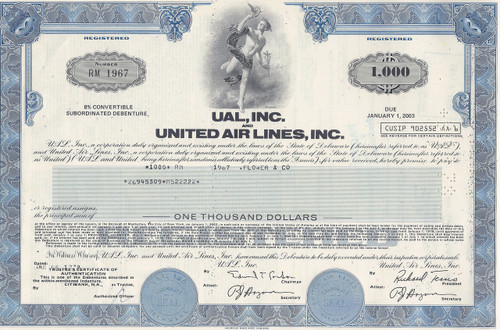 Transition to the UAL name (holding corp for United Air Lines at the time) Fantastic aviation cert at an affordable price. The stock-sized piece has a vignette of the winged god, Mercury holding a winged wheel and a caduceus. Blue pieces are $1000 bond denominations while the orange is for various amounts. Issued and cancelled. Dated 1978.