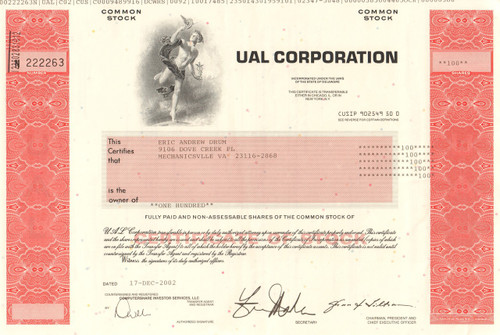 Fantastic aviation cert at an affordable price. The collectible piece has an offset vignette of the winged god, Mercury holding a winged wheel and a caduceus. Issued and not cancelled. Dated 2002.