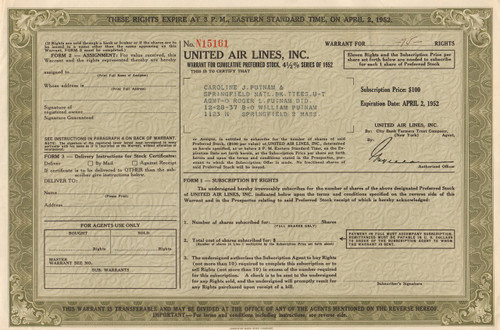 Uncommon piece for this company. The preferred stock warrant is not often seen since most certificates were destroyed soon after the rights expired.  This piece is issued and not cancelled.  Dated from the early 1952.