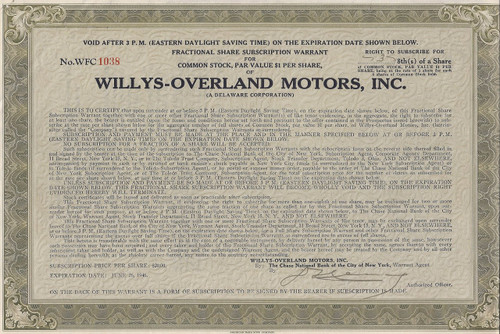 John Willys acquired the Electric Auto-Lite Company in 1914 and in 1917 formed the Willys Corporation to act as his holding company. In 1916, it acquired the Russell Motor Car Company of Toronto, Ontario, by 1917 New Process Gear, and in 1919 acquired the Duesenberg Motors Company plant in Elizabeth, New Jersey.